When setting up your feed, you have the option to turn season numbering on or off. It is off by default. Find the "Use Seasons" checkbox inside your feed's settings.

This is sometimes called "serial" feeds, in contrast to "episodic" feeds that don't use seasons. Turning this on will add a season and episode number for each episode. This affects how the feeds are shown in podcast apps.

Why use seasons? You may want to use seasons, for example, to group modules of a course: Season 1 = Module 1, etc. Or your feed has defined themes with maybe a break in time between when they're released.

In general, consider turning seasons on if you'd like your episodes to appear chronologically rather than reverse chronologically. Your oldest episode will appear at the top. This isn't the case for all apps, but is the broadest way to consider how the feed will appear with seasons turned on.

For Instant and Drip feeds, we handle this ordering for you, both when seasons are on or off.

Some apps show clear delineation where seasons start and end. And offer navigation to jump between seasons.

Important: Apps vary wildly in how they display seasons, if at all. See here for a table of apps and how seasons are represented.

To organize your episodes into seasons, you can drag them in an Instant or Drip feed to where you'd like them to appear. You can also type the season number inside the episode itself.

To add a new season, drag you episode below the last season number in the list.

For Date-Based feeds, you set the season number alongside the date and time of that episode. 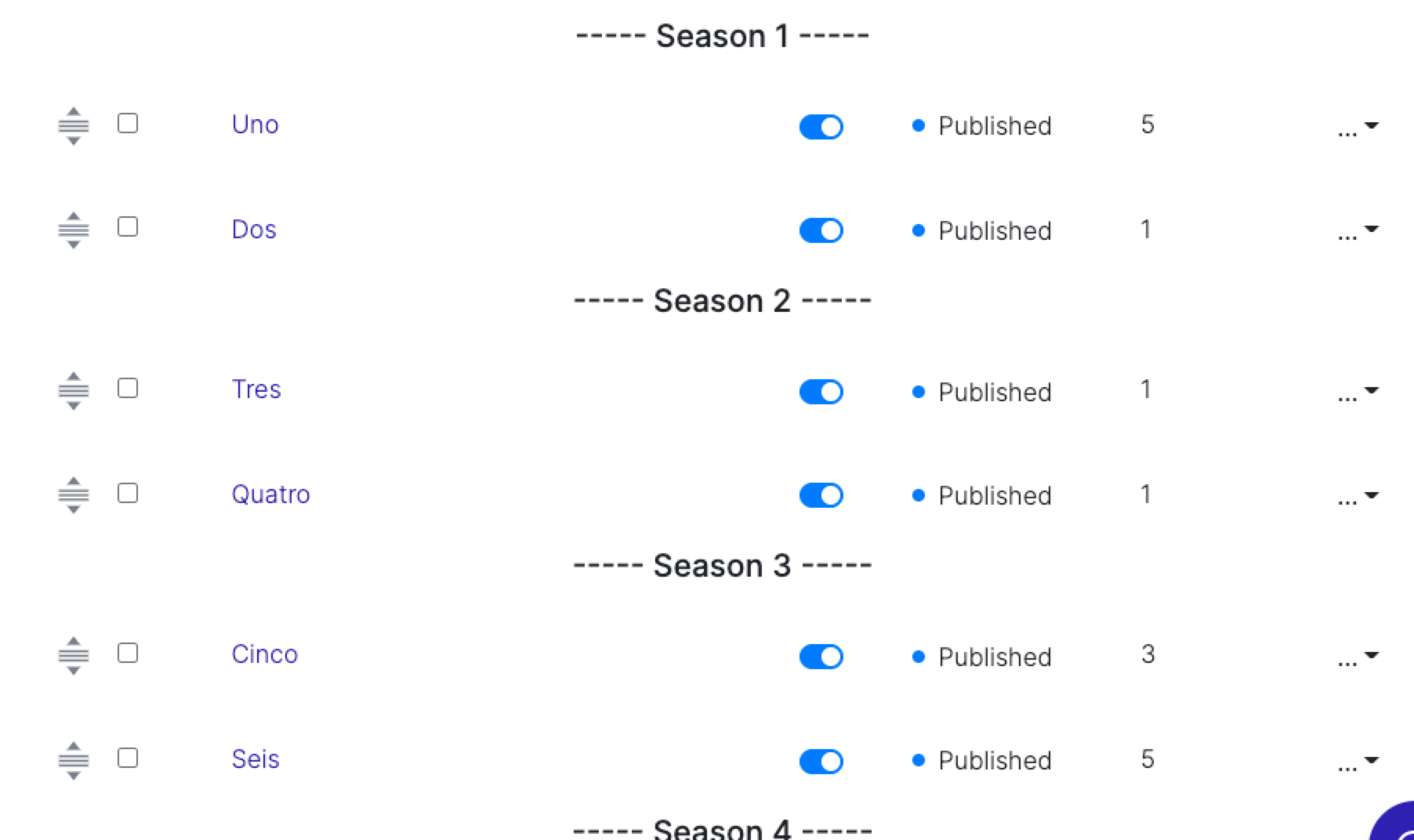 The episode numbering is set based on where it appears in the season. For example, "Quatro" in the image above is Season 2, Episode 2.

Note that "Trailer" episodes will not have a number. It is skipped in the ordering, but is still part of that season. But "Bonus" episodes will have an episode number along with season number.

All episodes in a feed that uses seasons will be part of a season; episodes can't be "seasonless" in a feed with seasons.